Encountering Competition with Other Inventors

One of Nikola Tesla’s most public problems was ENCOUNTERING competition with fellow electrical pioneer Thomas Edison. One time when Tesla was working for Edison, Edison tricked Tesla by saying that he would give him $50,000 if Tesla made his motors better. Then Tesla made them better, but Edison just said, “Oh, you don’t get our American humor.”

After leaving Edison, Tesla joined up with Westinghouse. Edison was competing with Tesla and Westinghouse in the "Battle of the Currents." Edison tried to discredit the AC system. Finally Westinghouse and Tesla showed the benefits of AC at the 1893 Chicago World's Fair where he lit up the whole fair with  his alternating current system. Tesla was good at dreaming up ideas, but not as good as Edison at the business side. 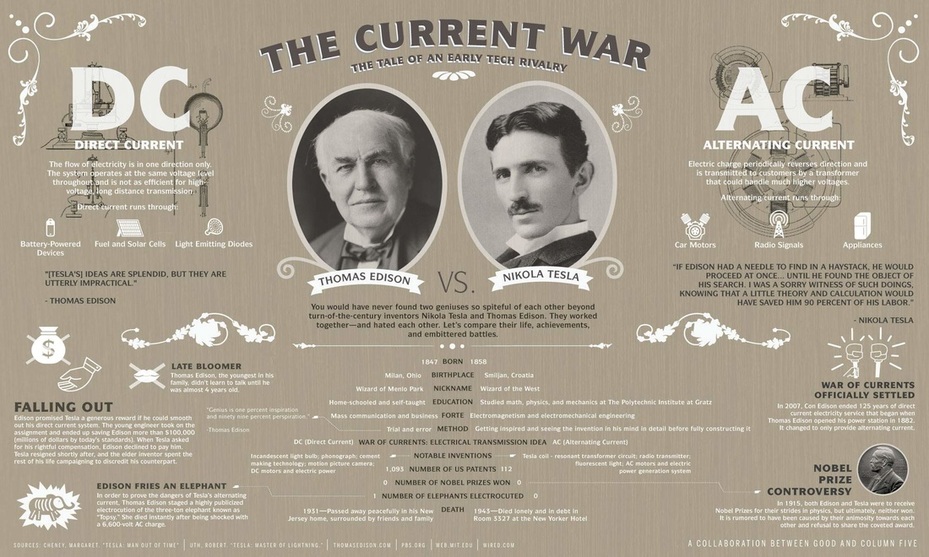 Infographic comparing Edison and Tesla during the "War of the Currents" Source: https://www.good.is/infographics/transparency-the-origins-of-electricity-tesla-vs-edison